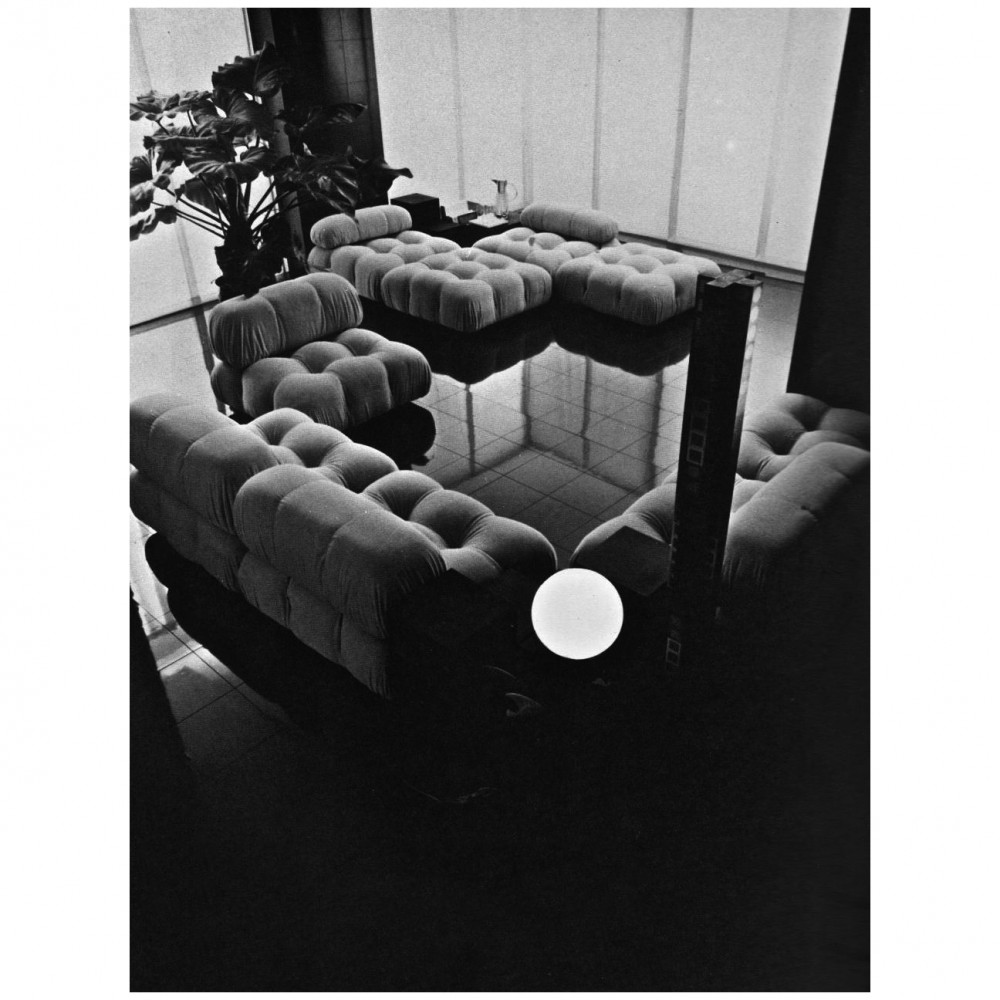 Camaleonda is a portmanteau of camaleonte, meaning chameleon, and onda, meaning wave; two bodies that shift and change according to the conditions of their environment. The Camaleonda sofa, designed by Mario Bellini for B&B Italia in 1970, was part of a collective shift in Italian design against bourgeois, establishment practices. The radical design movement, which engaged with Italy’s socio-political context through its utopian ideals and material experimentation, pushed for new ways of inhabiting space, while maintaining a productive relationship to nature. The Camaleonda went a step further, by grounding its radically in the day-to-day realities of peoples homes; challenging the relationship between the evolution of new patterns of behaviour in the home, and the limitations of furniture available at the time.

The Camaleonda is a modular sofa made up of padded, capitonné, 90x90cm seats, with detachable back- and armrests; individual parts strung together by a system of cables, hooks and rings, which can be unhooked and recombined in potentially infinite configurations. It quickly became popular, and was adopted by many households — including New York’s Gracie Mansion, where ballet dancer Rudolf Nureyev, alongside another dancer, was photographed performing a naked handstand on the Camaleonda in the “champagne room”, during a reception for the Russian Winter Olympics team.

Despite its early popularity, the sofa was only manufactured for eight years, until 1978, and has since become one of the most sought-after sofas on the secondary market. This year, B&B Italia reissued the Camaleonda in celebration of its 50-year anniversary. The new edition honours the original design, B&B Italia’s Research & Development Centre — which was established when Busnelli, B&B’s co-founder, built what was once called the most fully automated furniture factory in the world — has finessed the balance between the rigorous geometry of the seating, and roundness of the padding, and replaced materials to be representative of new technologies and requirements. They’ve maintained, and progressed, the Camaleonda’s reputation for adapting to shifting conditions, lifestyles, and new ways of inhabiting space; recognising that the only permanent state should be a constant will to transform.